Stephen Manley is a songwriter and creative from Liverpool, UK.

He has received endorsements from established individuals in the music industry including Peter Himmelman - a Grammy/Emmy nominee (& Bob Dylan's son-in-law). Stephen recently made it to the final of the UK & International Songwriting Contest - beating the previous years' Semi-Finalist position. In 2016 he performed at the world famous Bluebird Café in Nashville Tennessee. He has also worked with the Liverpool Philharmonic Gospel Choir, supported Glen Tilbrook of Squeeze and Nick Harper. Stephen has also worked in the studio with producers such as Ken Nelson (3 US Grammy awards & two Mercury Music Prizes) & Ben Dobie (Madonna & Bryan Adams).

His song Unboyfriendable which was cut and released by Miss GB 2020 Jen Atkin - made it to No. 2 on the RN UK Country Charts whilst her 2nd single Perfect Ends debuted at No 2 on the iTunes Country Download Charts in 2021. He has worked with Emma Jade  who made it to the final stages of The Voice UK S2 in 2013  and also Kinsey Rose from NBC's The Voice S21 in 2021. 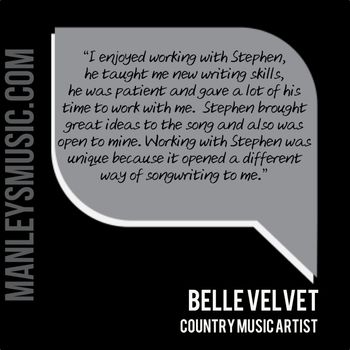 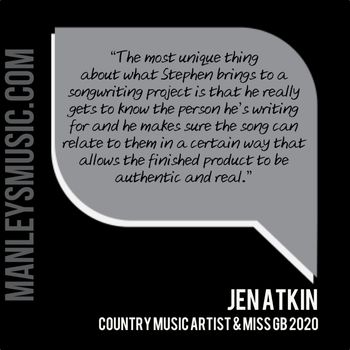